The first part of this article will provide the reader with an overview of the changes which the weapon and its accessories have undergone. The upcoming parts of this report will give the reader a more detailed description of individual features and introduce individual pistols.

In its initial phase in 1956 the Bundeswehr had to procure major defence equipment as well as handguns from the Allies of World War II. Hence, Colt 1911 pistols in .45 ACP were the first handguns handed out to German soldiers. The delivery of the first new Walther pistols started in June 1957. According to what we know today, pistols which had previously been used by the Wehrmacht, the armed forces of Nazi Germany, and had been seized by the Allies of WW II were not released. While the WTS does have two Wehrmacht P 38 bearing delivery acceptance stamps by the German Federal Office of Defence Technology and Procurement (Bundesamt für Wehrtechnik und Beschaffung - BWB), the purpose which these weapons served is not known unfortunately. The Belgian shooting test stamps suggest that they were procured on non-military markets. An inquiry on this has been launched. 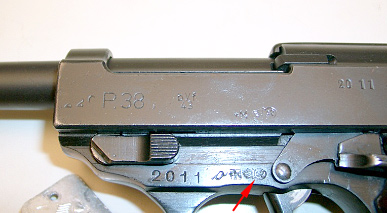 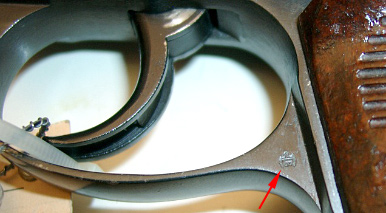 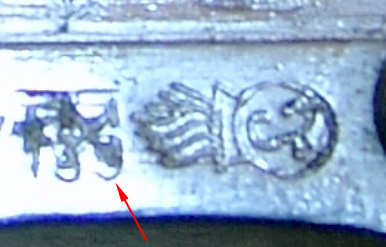 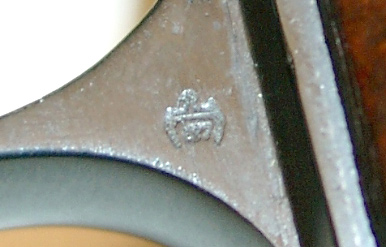 The Belgian stamp overlaps with the German delivery acceptance stamp of 1943.


The Bundeswehr P 1 pistol is a replica of the Walther P 38 which was originally brought into Wehrmacht use in 1940. German common parlance and Bundeswehr regulations exclusively mention the term "Pistole P 1", even though the first pistols were marked with the designation P 8. The P 1 was the Bundeswehr standard issue pistol over many years before it was gradually superseded by the P 8 from 1996 onwards.

At first glance, one can hardly see any difference between the pistols manufactured during World War II and the Bundeswehr weapon, apart from the grip casings. Almost all components look identical.

The MG 3 has been the standard machine gun used by the Bundeswehr since the rearmament of the Federal Republic of Germany. The MG 3 is an only slightly modified variant of the MG 42 which was already developed at the beginning of WWII. When a new, smaller NATO ammunition calibre was introduced (5.56 mm x 45), the need for a new machine gun became apparent, too. That is why Heckler & Koch developed a new semi-automatic rifle, a gas-operated weapon, the operating principle of which is based on self-propulsion by indirect gas pressure. At first this weapon was supposed to replace the established MG 3. But during operation it became clear that the weapon could not live up to the expectations because of its insufficient calibre. The rifle turned out to be ineffective over longer distances and in fighting semi-hard targets, such as clay huts. Therefore, the German troops have changed their operations concept so that the MG 4 has been used as an auxiliary weapon in dismounted combat while the MG 3 is still in operation as (heavy) on-board weapon.

The weapon fires from an open bolt, i.e. when the weapon is ready to fire, the bolt is held to the rear and the chamber is open; no cartridge is in the chamber. Only when the breech block goes forward is a cartridge fed to the chamber. 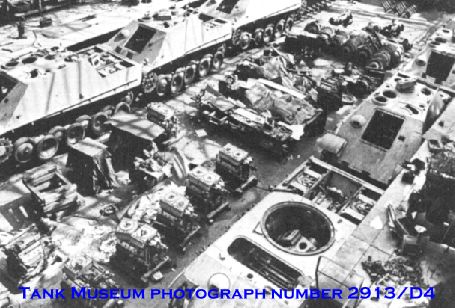 
The manufacture of track vehicles at M.N.H. in Hanover from 1939 to 1945, post-War tank manufacture and testing by the British Army
The history of the development and manufacture of military tracked vehicles in Germany is closely linked to the major manufacturers of rail and heavy vehicles, weapons and steel. Generally speaking, the company which conducted the final assembly of a tank was usually referred to as its supplier. During war time, spare part suppliers varied according to the respective requirements and capabilities.

As of about 1940, the Hanover-based company MNH was among the important manufacturers of main battle tanks and their components; as opposed to most of the other companies, however, MNH did not have a strong tradition in the civil sector, which is why only few of the circle of interested people have heard of it.

In addition to well-known companies such as MAN, Daimler-Benz and Henschel, the list of manufacturers of the Panther – the production of which started in 1943 and which is widely regarded as the best medium main battle tank fielded in World War II – includes MNH. It is safe to say that MNH accounted for 30 % of the approx. 6,000 Panthers ever produced and more than 30 % of the approx. 400 tank destroyers Jagdpanther ("hunting panther"). It was the only company which, at times, produced Panthers and Jagdpanthers simultaneously. As most of the company's facilities for tank manufacture were deconstructed in 1946/47 by order of the Allies of World War II and the company ceased to exist, it is not possible to learn much about it in the relevant literature.


1. Notes on the company MNH and its formation
The documents of the U.S. Strategic Bombing Survey state that the company was founded in the spring of 1939. They mention an overall number of 8,000 to 10,000 employees, although 12,000 workers and forced workers are mentioned elsewhere. It may be deemed certain that MNH was comprised of three plants, was derived from the earlier companies Gebrueder Koerting ("Koerting Brothers") and "Eisenwerk Wuelfel" ("Iron Works Wuelfel") and was designed for the production of armaments from the very beginning.

The Reichsbetriebskartei Industrie (Reich industrial company index) as of May 31, 1944 listed the factory under "Maschfab Laatzen", and official company headquarters of "M.N.H. Maschinenfabrik Niedersachsen G.m.b.H" was located in Hanover-Wuelfel at Eichelkampstr. 4. The works Linden and Laatzen are mentioned as subsidiaries without separate addresses. According to this document, the company had already served the armaments sector since 1937 and had an overall number of 3,383 employees.

The light machine gun Degtjarjow DP 28 was introduced to the Soviet army in 1928. It fires from an open bolt and is locked by a rising bolt lock. Feeding is conducted from a pan with 47 cartridges of the calibre 7.62 x 54R (7.62 Nagant). Its mode of fire is in sustained fire only. Variants to be mounted in aircrafts and armoured fighting vehicles with an improved magazine capacity of 63 cartridges were introduced as of 1930. The variants for armoured fighting vehicles could be modified so as to be suitable for infantry operations.

These weapons were captured during WW II and the German Wehrmacht used them with their original calibre and in a modified form to match German ammunition. The number of captured weapons was high enough for a respective regulation to be passed for them, as was the case for other Russian weapons. 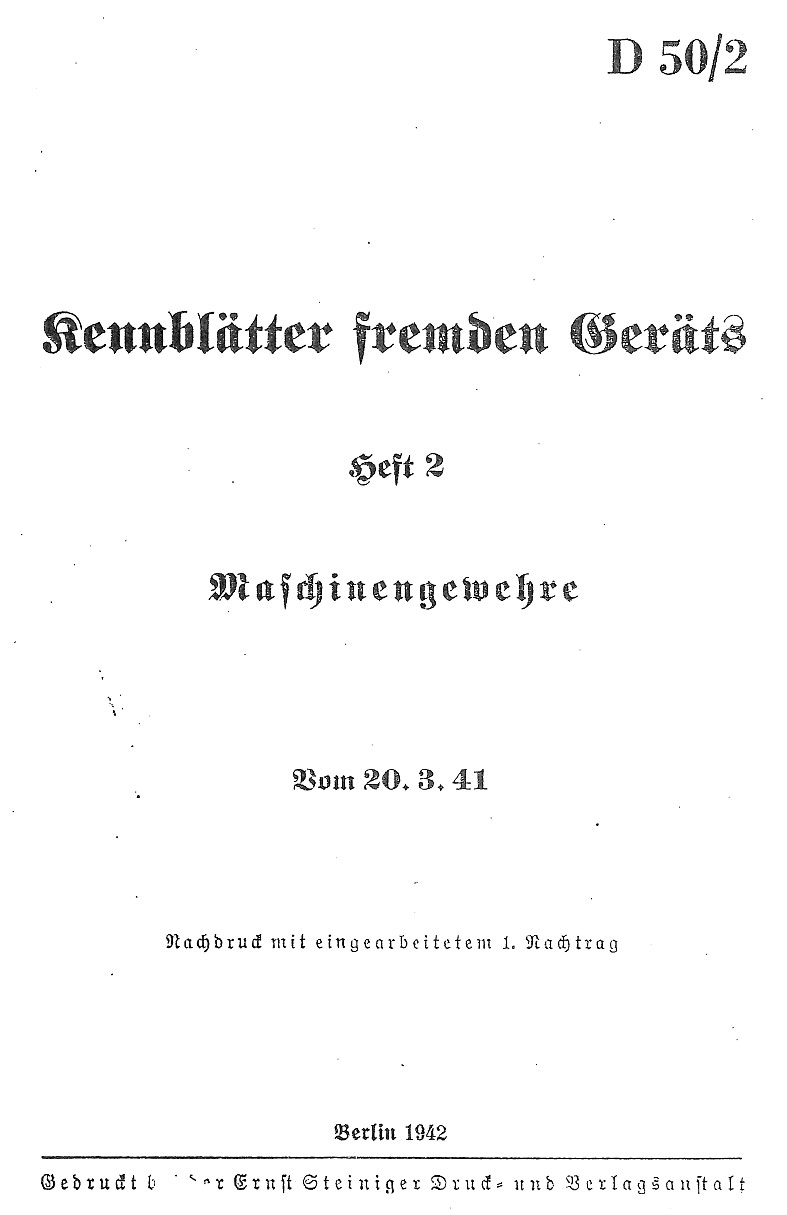 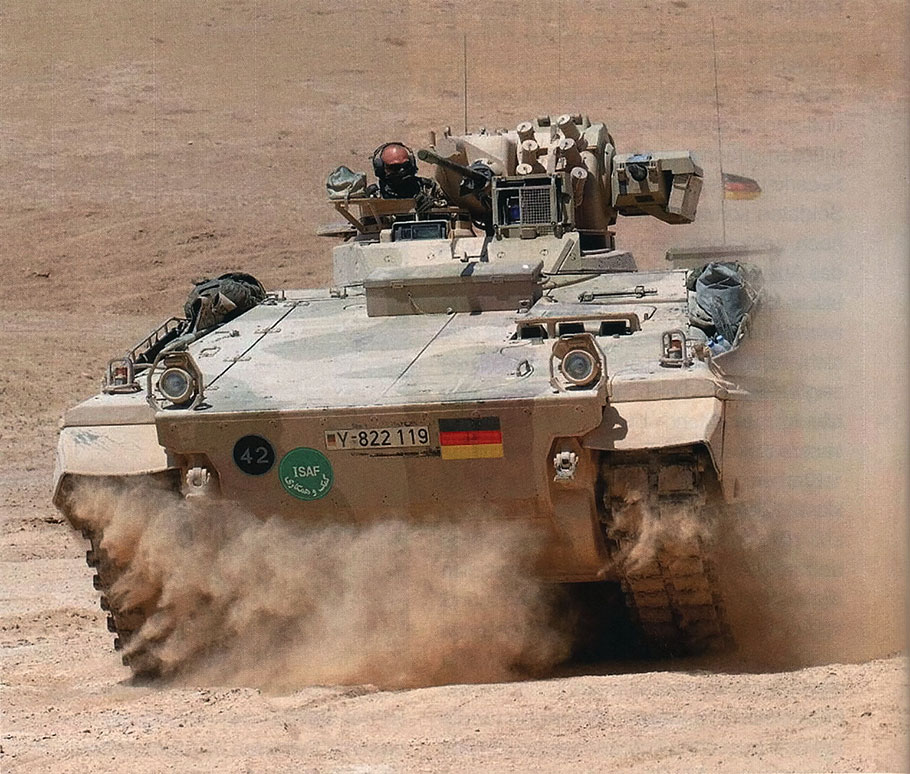 
It was on 7 May 1971 that the first series MARDERs were handed over to the troops in Kassel and Kiel simultaneously. When constructing this infantry fighting vehicle (IFV), designers had assumed that it would fight alongside the LEOPARD 1 MBT and, thus, make a decisive contribution to national defence by the army. But history was to take a different path. Today, the LEOPARD 1 is no longer in use while the MARDER, has proved itself, supporting the Quick Reaction Force in battles near Kunduz and Mazar-e Sharif. Its 40th anniversary is a great opportunity to give a mostly technical overview - to our younger readers in particular – of the four decades during which this successful weapon system has been in service, including the 11 years of development which had preceded it.


How it all began


When the Bundeswehr was just being established, procuring a suitable IFV proved to be a very challenging task. Germany's mechanised infantry used a fighting style that involved rapidly switching between mounted and dismounted fighting and that was not optimally supported by existing vehicle. Provisional procurement of the vehicles M39 and Bren Carrier showed that very clearly. For this reason Hispano Suiza, a company based in Switzerland, was tasked with developing the HS 30 IFV already in May 1956. The prototypes still came with a crawling passage to the rear that allowed for the, albeit arduous, mounting and dismounting of the infantrymen. However, in the course of development a number of assemblies had to be installed in the crawling passage, which, in later versions of the HS 30, forced the infantrymen to leap over the drop side if they wanted to dismount. The project HS 30 became a long-term disaster for a number of reasons, and the troops were not very happy with this vehicle. So when the delivery of the vehicles started in autumn 1959, the army's high command had already realised that the HS 30 could, at best, meet the mechanized infantry's most urgent requirement only. It was not, however, an adequate IFV capable of fighting alongside what was later to become the LEOPARD 1 MBT, the 30 ton standard tank that was just being developed at that time.