The MG 3 has been the standard machine gun used by the Bundeswehr since the rearmament of the Federal Republic of Germany. The MG 3 is an only slightly modified variant of the MG 42 which was already developed at the beginning of WWII. When a new, smaller NATO ammunition calibre was introduced (5.56 mm x 45), the need for a new machine gun became apparent, too. That is why Heckler & Koch developed a new semi-automatic rifle, a gas-operated weapon, the operating principle of which is based on self-propulsion by indirect gas pressure. At first this weapon was supposed to replace the established MG 3. But during operation it became clear that the weapon could not live up to the expectations because of its insufficient calibre. The rifle turned out to be ineffective over longer distances and in fighting semi-hard targets, such as clay huts. Therefore, the German troops have changed their operations concept so that the MG 4 has been used as an auxiliary weapon in dismounted combat while the MG 3 is still in operation as (heavy) on-board weapon.

The weapon fires from an open bolt, i.e. when the weapon is ready to fire, the bolt is held to the rear and the chamber is open; no cartridge is in the chamber. Only when the breech block goes forward is a cartridge fed to the chamber. 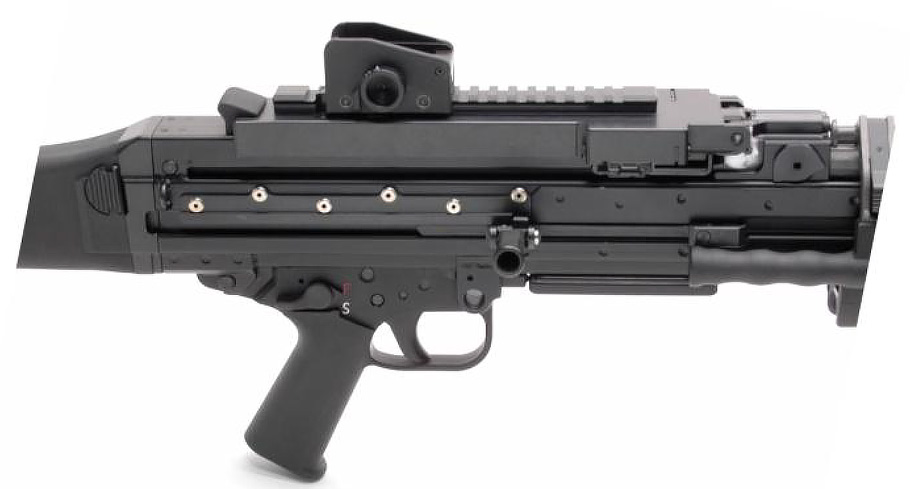 MG 4 prototyp detail view as seen from the right.

MG 4 prototyp detail view as seen from the left. 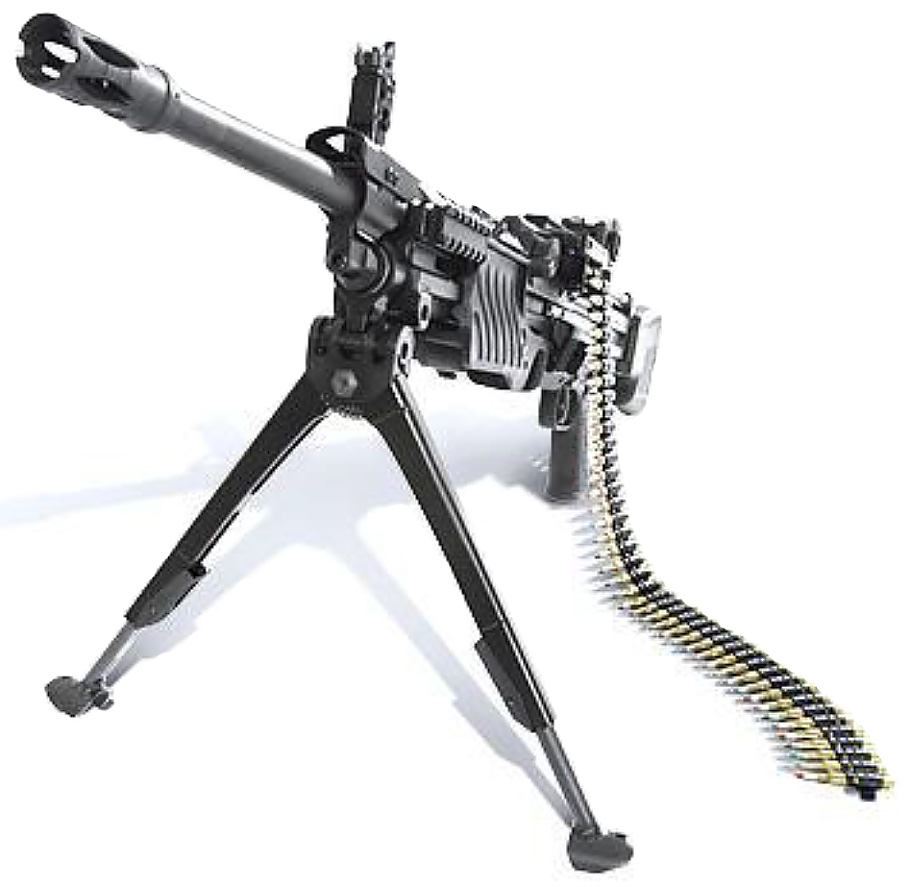 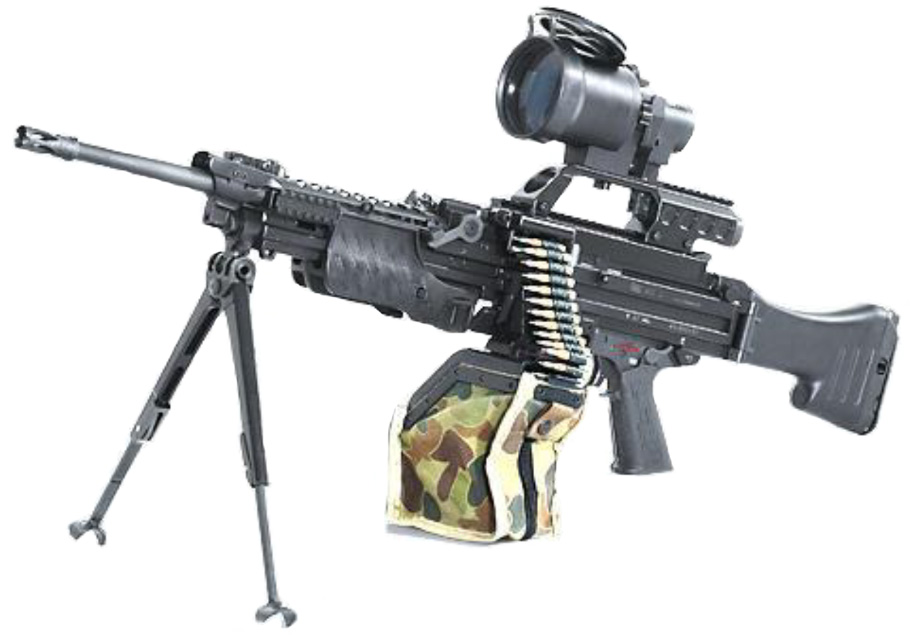